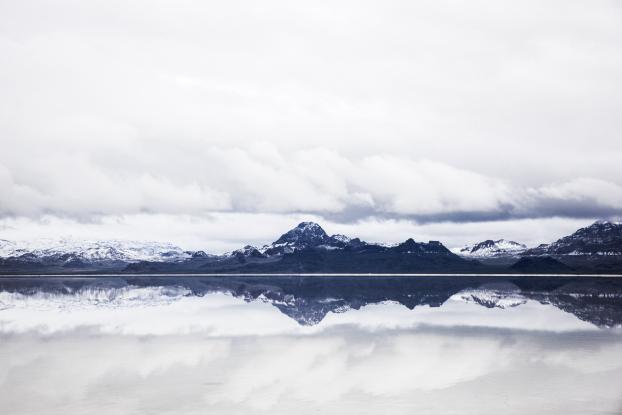 Picture the scene. You're at your desk. The morning is almost over, as is your second cup of coffee. You feel busy, under pressure even, but the first item on today's to-do list has hardly been read, let alone completed. Your computer screen is a mess of browser tabs competing for your attention: a half-read news article, a spat on Facebook about some topic you hardly care about, some Amazon product you don't need, the weather, a half-composed Tweet. New messages flow into your email inbox faster than you can attend to them. You irritably close everything and glance again at your list, trying to balance its urgency with that of your inbox, only to hear your phone bleep. With great effort you resolve to ignore it but then a co-worker strolls by suggesting lunch. Feeling frustration mixing with a rising anxiety you give up on the entire morning, vowing instead to do better in the afternoon, but knowing your day will probably continue in the same manner. They all do.

Don't blame yourself. You're not the only one. The modern knowledge worker is expected to be hyper-connected and available the entire time through a variety of competing channels. Open plan offices ensure that no thought is safe from sudden interruption. Some seriously clever people have developed systems to take from you, and then sell, that most precious of possessions: your attention. One definition (arguably) of life's meaning is the sum of everything to which attention is paid between one's birth and death. For a lot of us, a depressingly large portion of that will be meaningless cat videos and "you won't believe what happened next".

Work, in other words, is becoming increasingly difficult to do.

Alongside this, the capability of our machinery (software and robotics) grows unchecked, and experts warn that nearly every job currently done by people soon won't be – this effect being especially conspicuous in the global North where human workers are expensive and where there is plenty of capital to invest in the alternatives.

Work, in other words, is becoming increasingly difficult to get.

In his book, Deep Work: Rules for Focused Success in a Distracted World, Cal Newport attempts to address these issues: not for society at large, but, dear reader, for you, personally.

The first section of the book consists of the carefully-constructed argument that, pending the above-mentioned "massive restructuring of our economy," unless you either control capital, work with intelligent machines, or are the best at what you do, you are at severe risk of losing your job in the next few years. Assuming that you're not a venture capitalist, he argues, you are therefore going to have to choose between reaping the rewards of proper concentrated work and becoming forever unemployable.

Contrasting "deep work" (which is undistracted and intently focused on a single, meaningful task) with its "shallow" alternative (as described in my first paragraph), he extolls the benefits of the former: professional, commercial, neurological, psychological, societal, and philosophical; including a fascinating aside (with which you may or may not agree) about how Descartes and more broadly the Enlightenment has, "for all its good in the political arena," lead us away from "sacredness" and into a world obsessed with individual choice and freedom but lacking in meaning. Good, thought-provoking stuff.

The second half of the book contains a series of rules and strategies for strengthening your ability to perform deep work. Among them are various suggestions for patterns with which to divide your time between deep and shallow work (since people will still need to check email from time to time even if it is a terrible habit to live in your inbox). He emphasises the importance of downtime, of finishing at five thirty, of meditation, of spending time in nature, of "disconnecting" for as much time as possible, and of planning your work day in great detail (but with flexibility).

Perhaps unsurprisingly, prominent among his targets is the internet and particularly social media. "Quit social media" is unambiguous as a chapter title, complete with references to Jaron Lanier's book on the subject (which I reviewed last week), and scheduling significant blocks of time throughout the day which are disconnected from these and other potentially distracting technologies is a major plank of his advice.

In the few days since reading the book I've discussed its ideas with several friends, and a common response is, "It's not for me,” or "My job wouldn't allow me to do this.” Both of these objections are pre-empted in the book, and personally I think the case is made strongly enough to give it a go, so I've been trying to adopt various elements of his advice.

It certainly takes organisation, discipline and practice to do it properly. The most I've managed so far is a two hour stretch of totally-uninterrupted, focused work. It doesn’t sound like much but even this was difficult considering I manage a team of six and tend to have multiple active client relationships at any given time; even practised experts are rarely able to manage more than four hours of deep work per day. That day, however, I finished work in an unusually good mood, tired, but happily aware that I had worked at some approximation of my best ability on a single task for a non-trivial work session. I shall certainly be trying to do more of this.