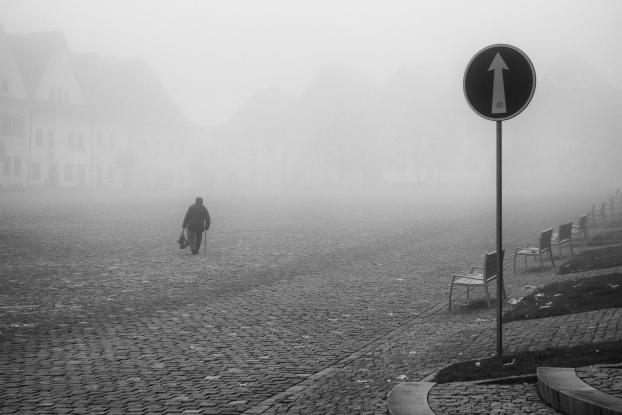 I had definitely heard of Jaron Lanier, and I knew he was an Interesting Person (turns out he more or less invented Virtual Reality and was part of the team which scaled the early Internet. Heavy stuff). From occasional glimpses on YouTube I'd had him pegged as something like the comic book guy character from the Simpsons (or perhaps as a brainy Ignatius J Reilly – I mean this nicely, of course). Clearly very clever, faintly rambling, right-on, with a TED talk (or two) under his belt.

When I saw a reference to his new book, Ten Arguments For Deleting Your Social Media Accounts Right Now, I downloaded it with interest. The reference was in a book about productivity (which I have reviewed here) so I was expecting his ten arguments to be related to the (very real) fact that constant checking of social media trashes your attention span and ruins your ability to read whole paragraphs – as a grumpy forty-year-old this stuff is now very much my turf.

What surprised me about the book (which can be more or less read in a single happy sitting) is its universal nature – these are arguments which apply to the future of humanity, not just to the reader.

The book, as good non-fiction does, brings together a lot of ideas which already exist and combines them into a very powerful argument. We've all read about so-called filter bubbles; how the facility for social media to show everyone only stuff which matches their interests means we only ever interact with people (and ideas) with whom we already agree. (This is why everyone these days gets such a nasty shock on the morning after elections: "But everyone on my Facebook hates the Tories, I can't understand it!") Lanier take this further and argues that social media is undermining the entire basis for shared human experience and thus diminishing our all-important capacity for empathy.

The author's high-tech credentials, and clear love for the Internet in general, make his arguments against this clearly-defined part of the Internet all the more cogent. This is a long way from, and much more interesting than, for example, Prof. Susan Greenfield grousing pointlessly about everything with a screen.

Rather than attacking technology, computers or the Internet as a whole, Lanier draws a clear line around that which he holds responsible, which he defines as “the BUMMER machine.” In what might be referred to as a crackronym, this somewhat tongue-in-cheek (can I say that?) mnemonic goes for Behaviour of Users Modified and Made into an Empire for Rent. Ie. Facebook, Twitter, areas of Google, and any other online tool or social network which is free for you to use because you are the product.

In general, he says, the internet joins people together and frees information, but, despite its cheerful rhetoric, the BUMMER machine learns how to control your behaviour and then rents that control, untraceably, to its shadowy corporate and political clients. Dark! Of course, all commercial and political advertising is designed to modify behaviour for money, but BUMMER does it in a more harmful manner. It's not simply that you get shown a banner ad, rather many elements of your experience get carefully, invisibly modulated and your responses measured, all of it tailored precisely to you, to exact the biggest behaviour change: "... the problem isn’t behavior modification in itself. The problem is relentless, robotic, ultimately meaningless behavior modification in the service of unseen manipulators and uncaring algorithms. Hypnosis might be therapeutic so long as you trust your hypnotist, but who would trust a hypnotist who is working for unknown third parties? Who? Apparently billions of people."

BUMMER is, he argues, undermining objective truth, diminishing our free will, making us into attention-craving “assholes”, rendering meaningless our utterances, destroying our capacity for empathy, making us unhappy, reducing our ability to achieve economic dignity, fettering democracy and eroding our souls, no less. But apart from that it's fine.

So am I going to delete my accounts? Probably not, I use them for work, don't I. But this is about as close as I have ever come to doing so.